(My father). Last night we were at a gala to celebrate 48 plays directed by him, for the Theatre Royal Bath over the years. The celebrations included the unveiling of a portrait of him which they commissioned me to paint, as a surprise – EG he did not sit for it, and got quite a shock when he pulled the curtain cord to unveil it. So now it hangs in the foyer of this beautiful theatre, alongside theatre paintings from the great Somerset Maugham collection.

I painted in some clues: he’s holding his book about verse speaking;  ‘Shakespeare’s Advice to the Players’ and behind him is a distinctive grey concrete wall, which students of Denys Lasdun’s architecture may recognise.
Oil on canvas. 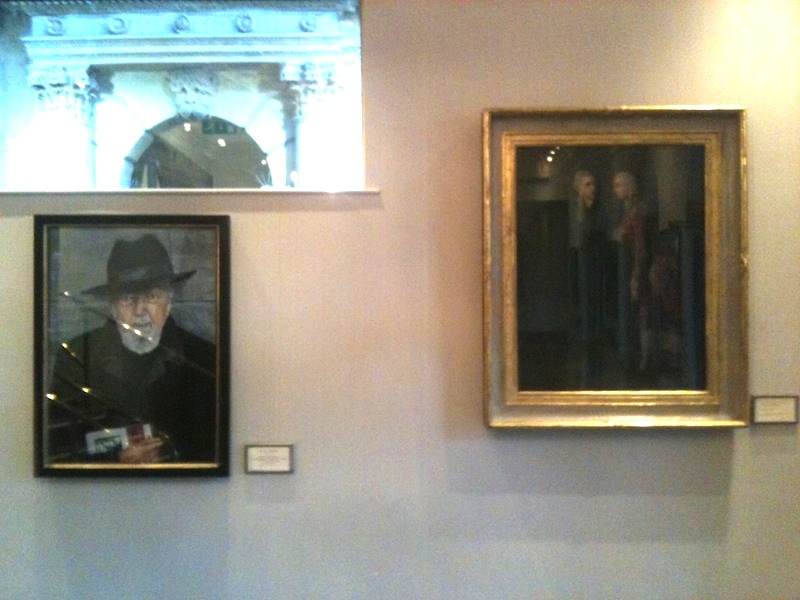